No item found in cart 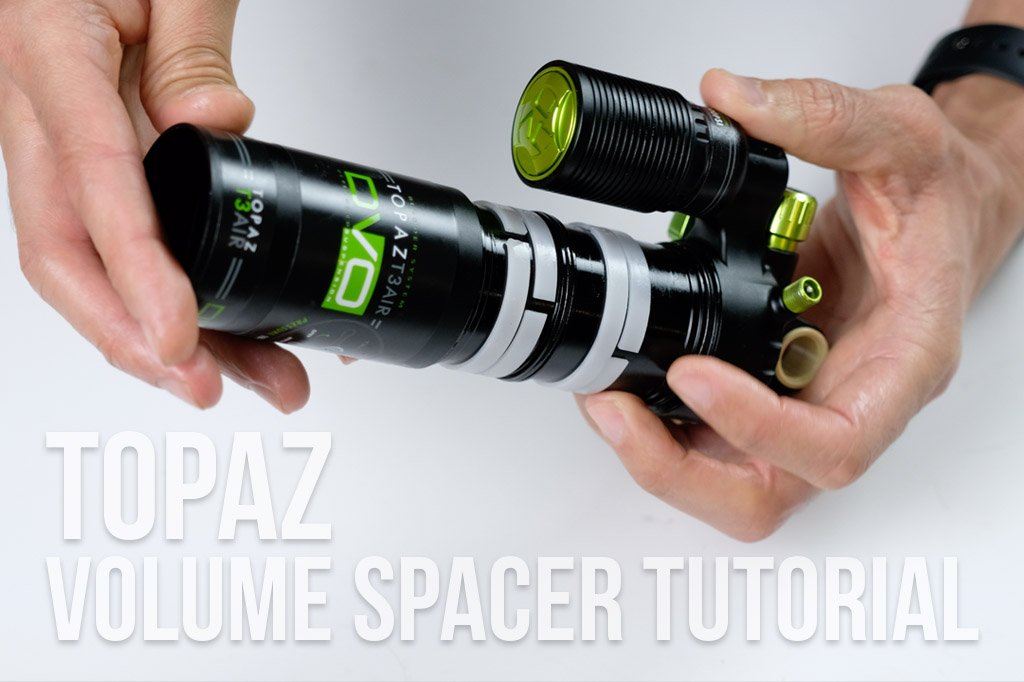 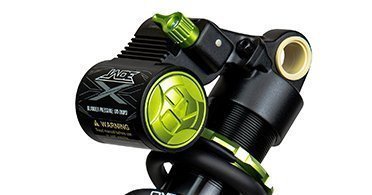 Whether a seasoned DVO product veteran or your first time riding one of our shocks, this video will show you how to check or adjust your bladder pressure. We go over some common questions and misconceptions.

The bladder gives DVO rear shocks that buttery smooth advantage and can be an amazing tuning feature. 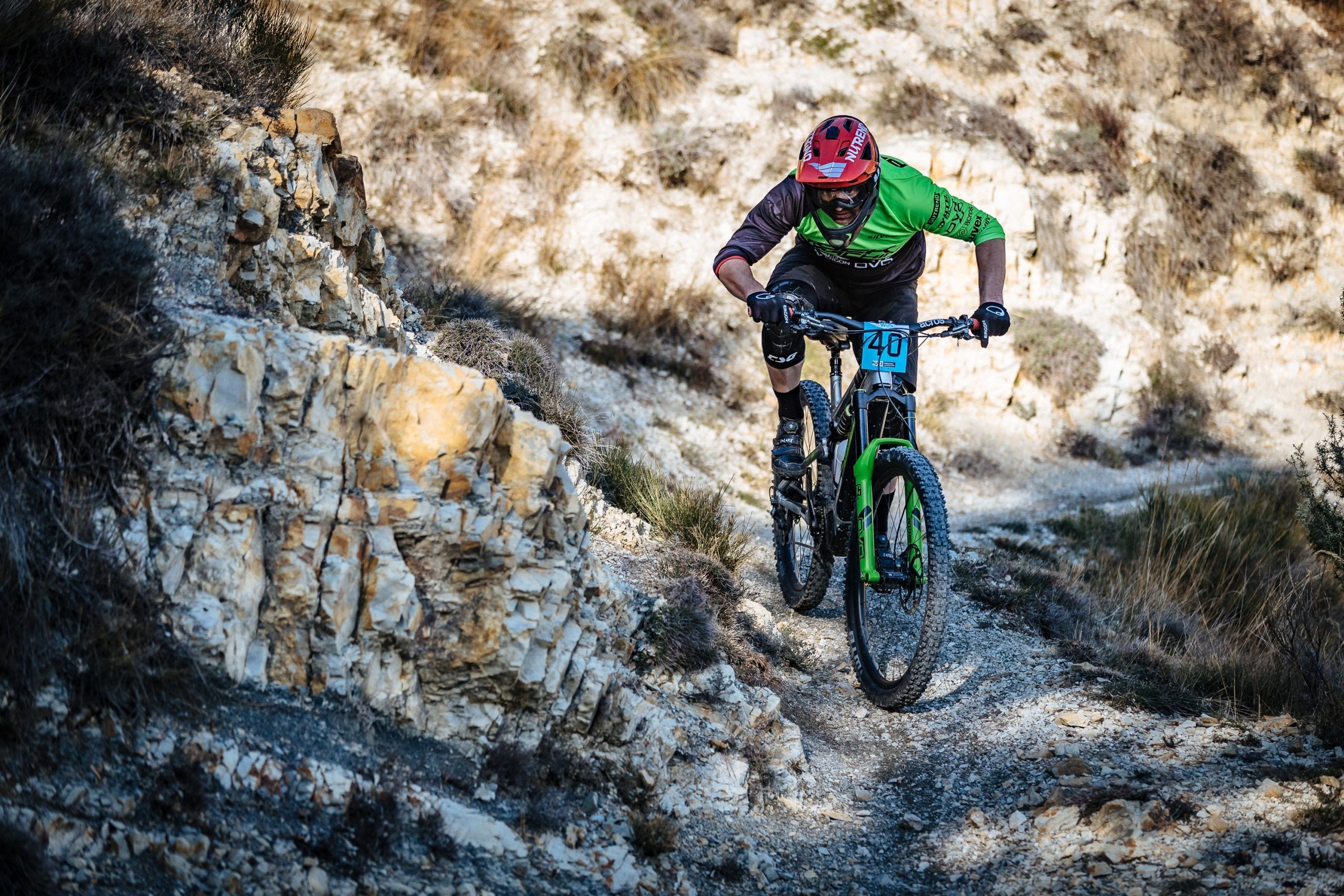 The first race of WES – World E-Bike Series 2020 took place on the first weekend in March in Monaco. The race had four timed special stages, 26 km´s and more than 1200 meters of climbing, among mountain terrain and very rough tracks. This VLOG by Rob Trnka will guide you through the whole race! 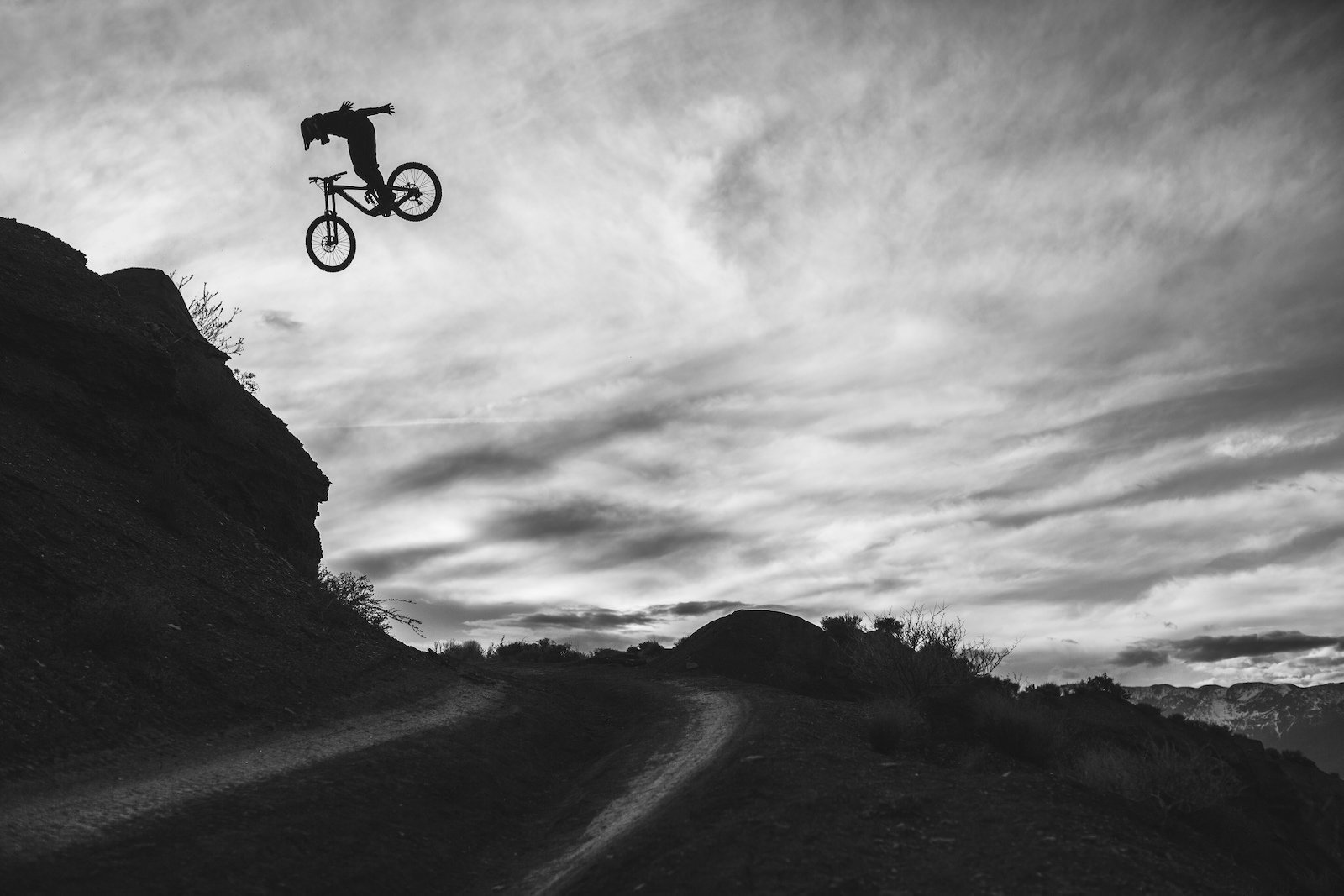 Reece Wallace travelled south this winter to build and film a free ride video at the crossroads of free ride mountain biking in Virgin, Utah with hopes of getting into Rampage.

After going huge on the North Shore last summer and not receiving an invite, Reece felt he had something to prove. With his crew, Reece spent almost a month in the Utah desert building in preparation for this video then an additional two weeks filming. The result, ‘Flight Path’. 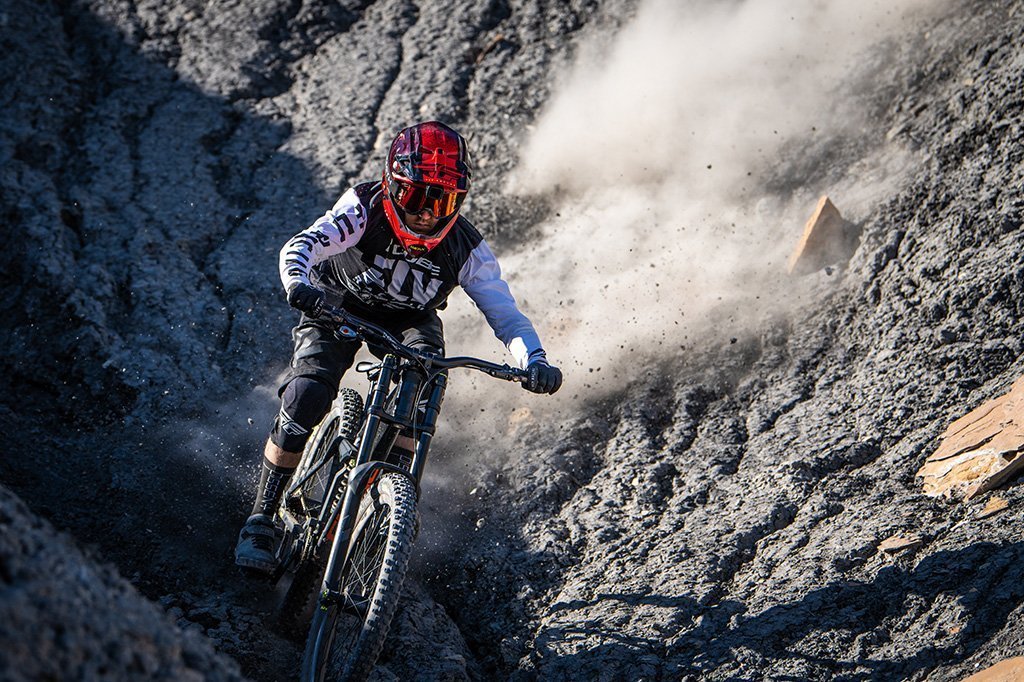 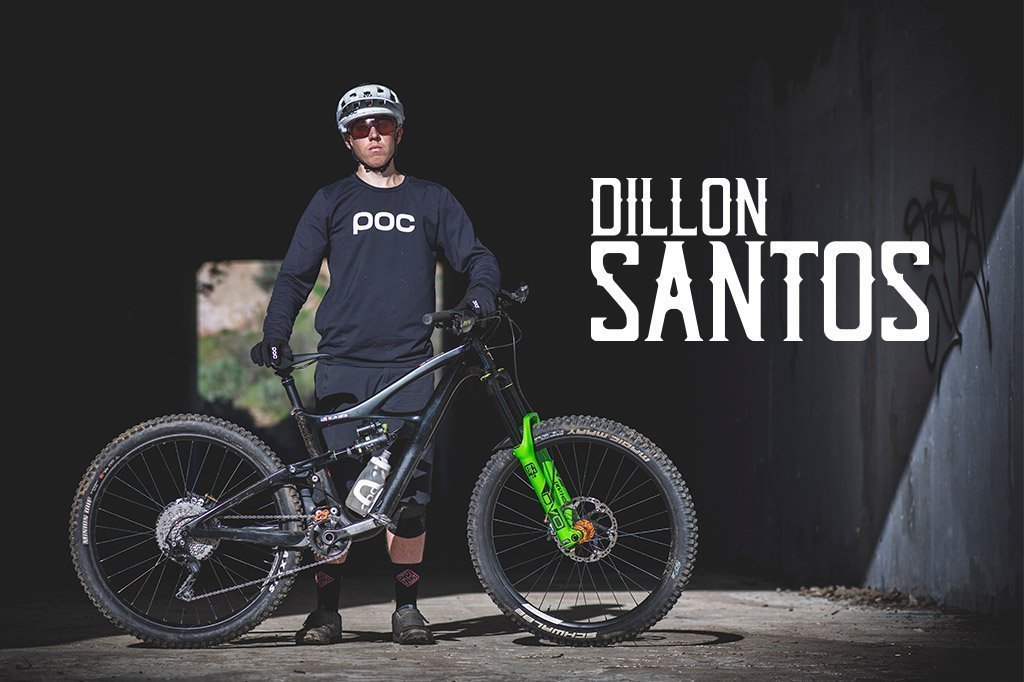 Ibis Factory Rider Dillon Santos came down to Southern California to get his Onyx SC and Topaz T3AIR dialed in. By the looks of things, it’s working good and he’s ripping! 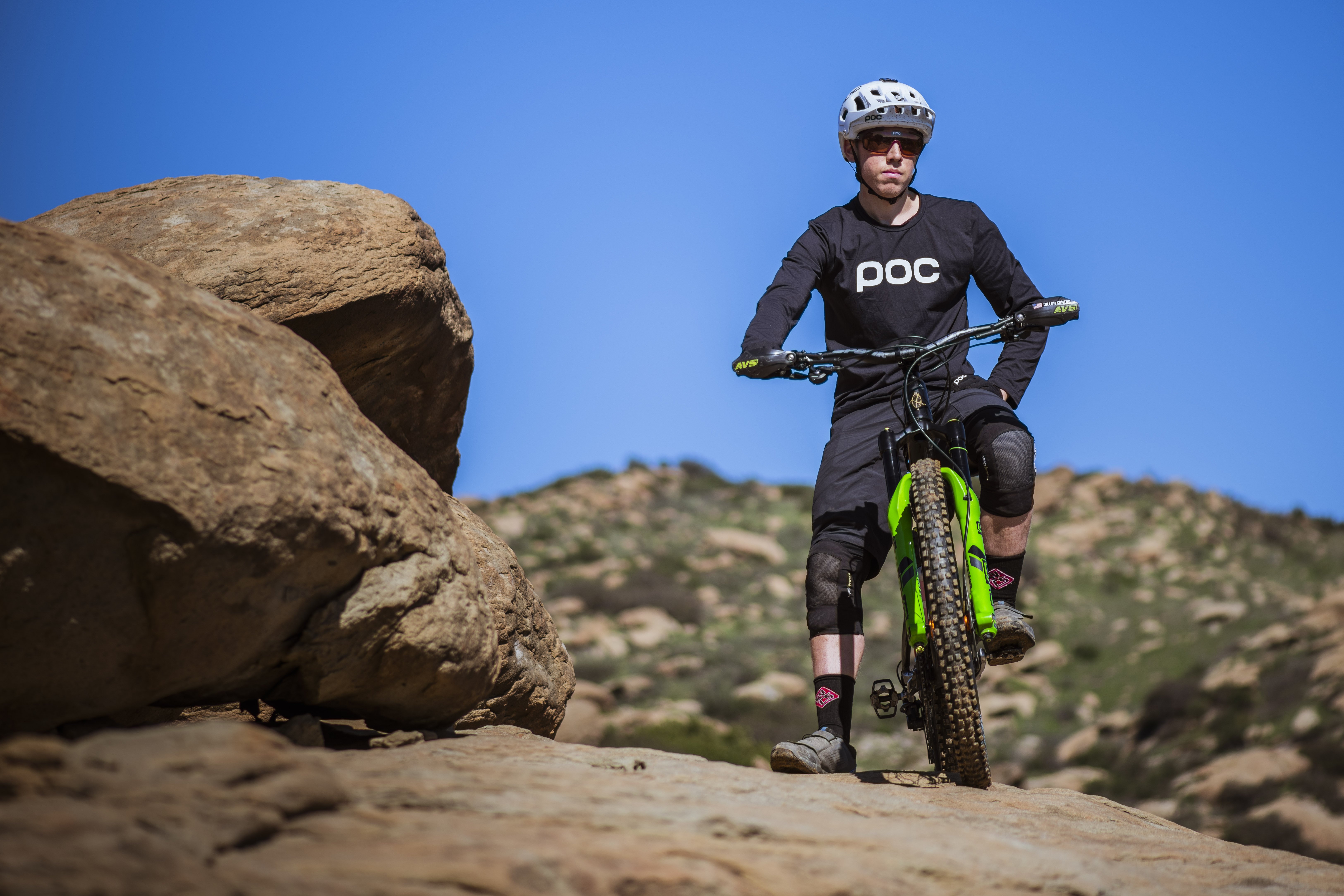 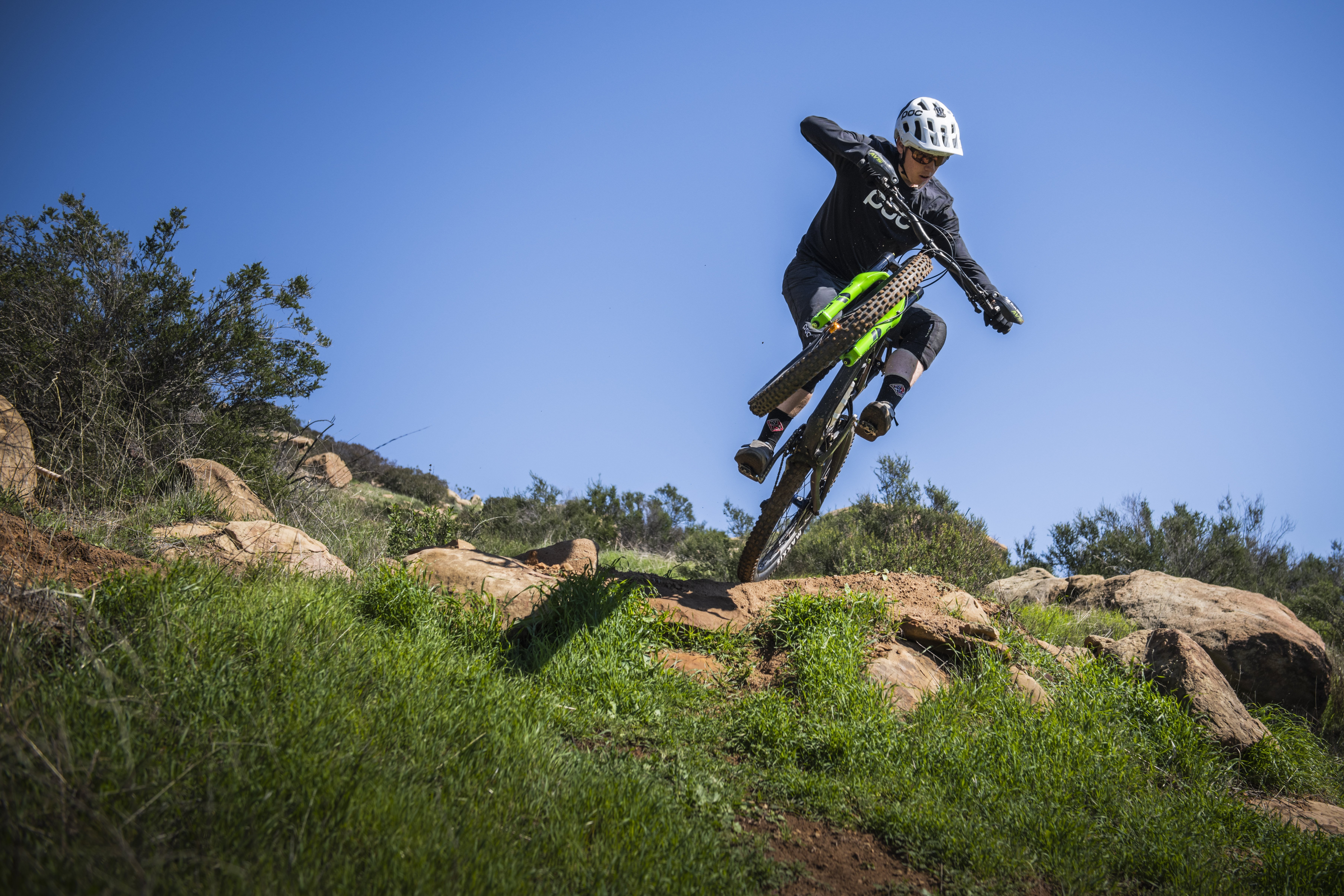 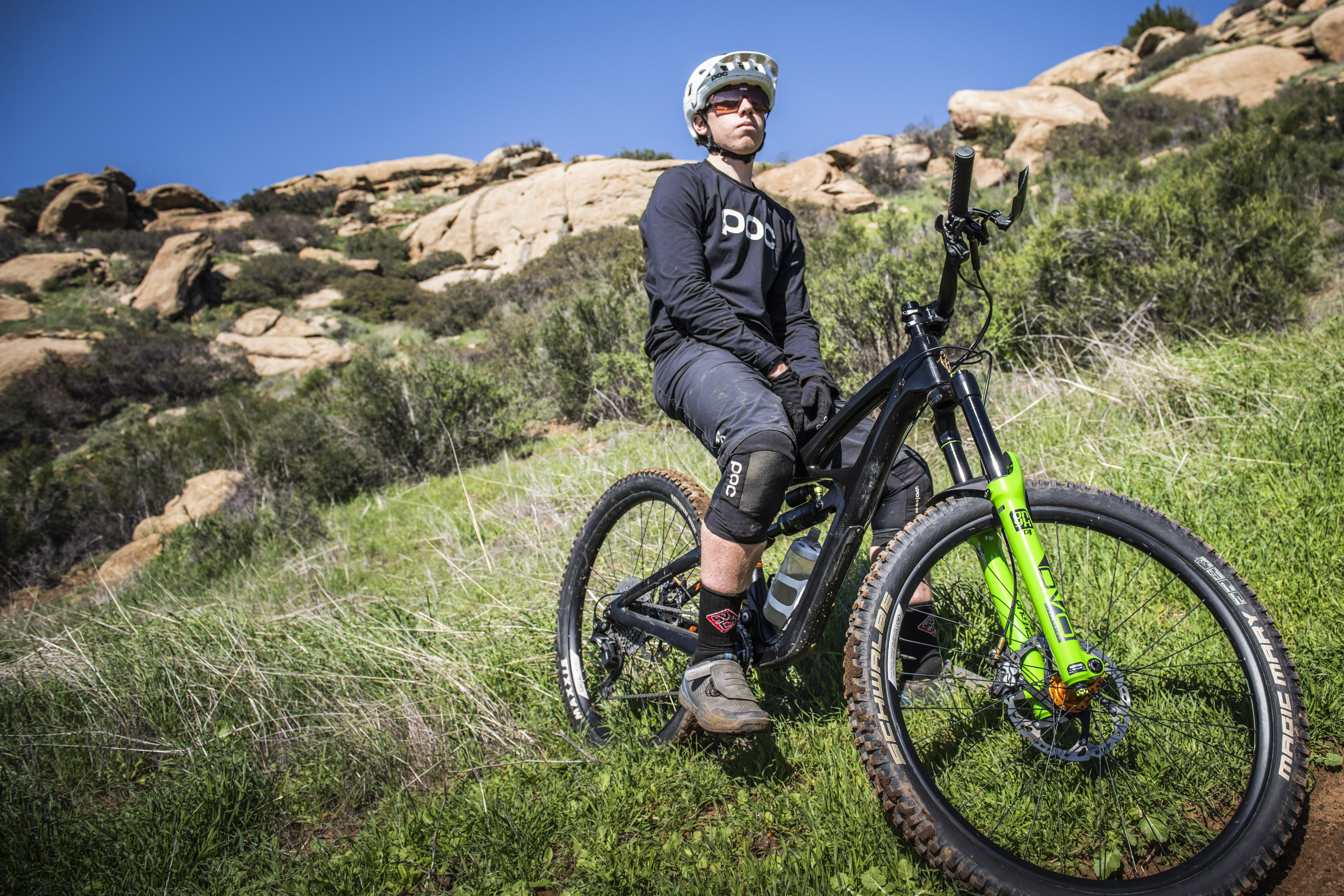 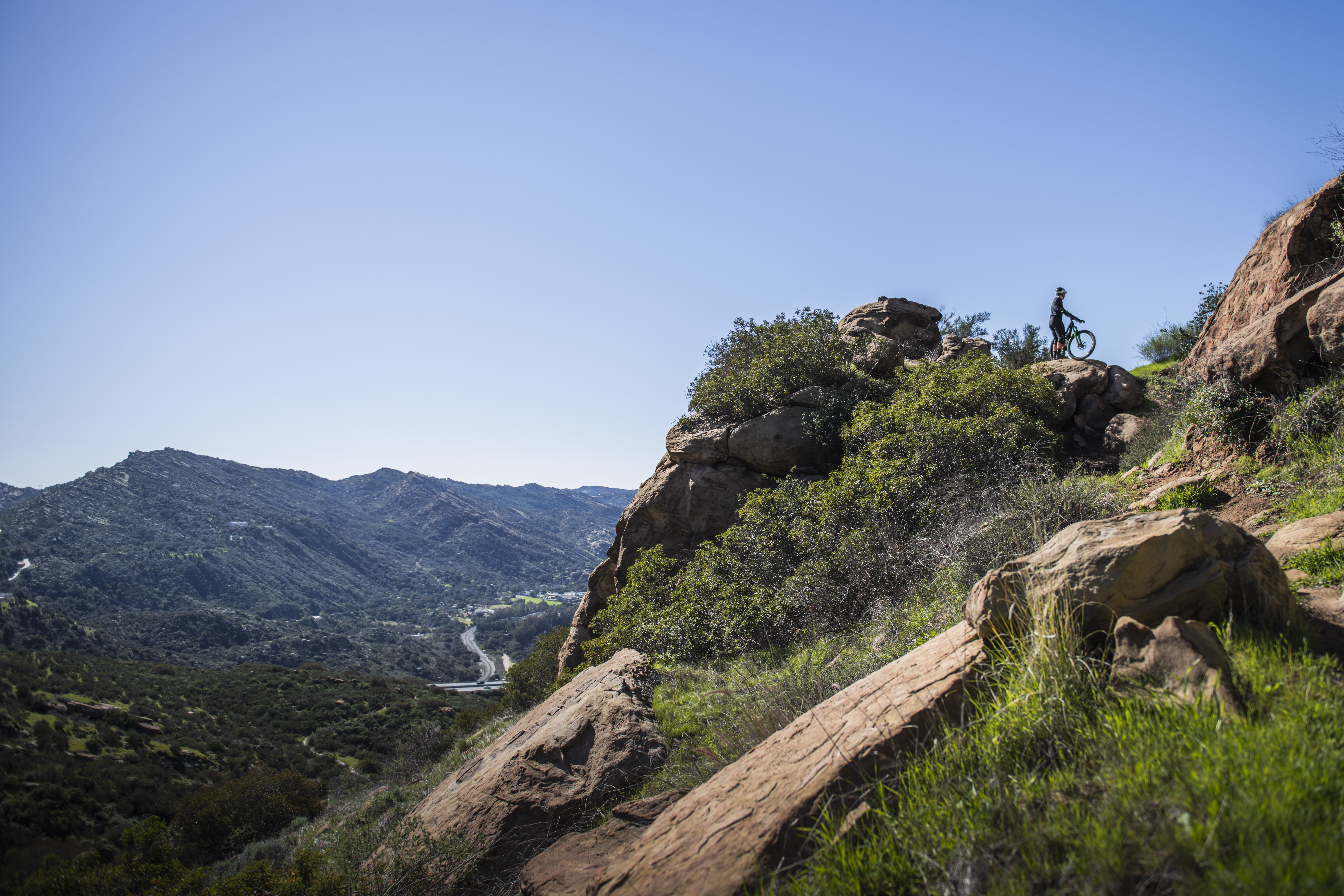 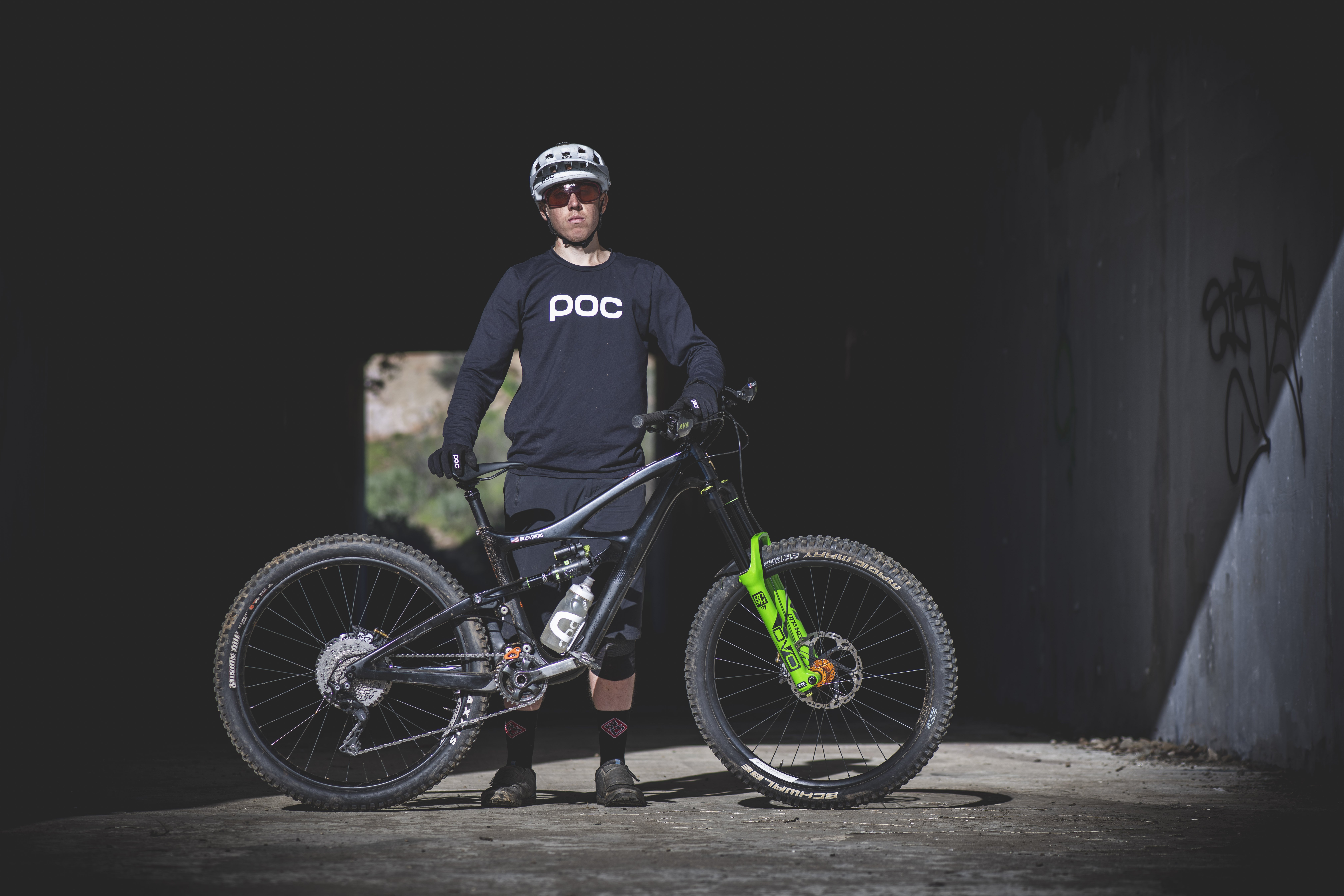 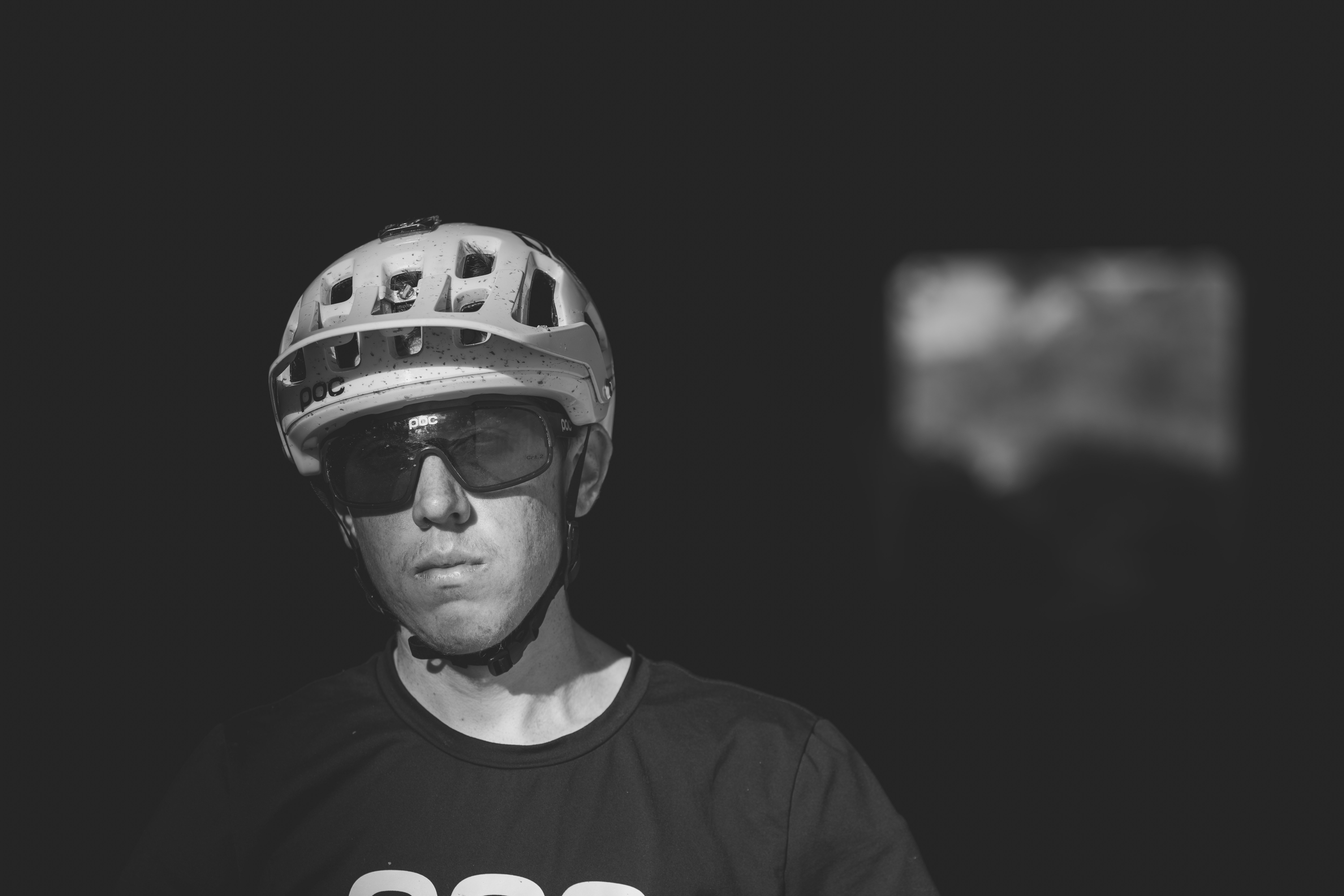 Located in Boulder City Nevada, All Mountain Cyclery is the premier cycling shop for the rough riding of Bootleg Canyon. Riders from all over the world come to the canyon to ride and passing through AMC is a must. AMC is a shop that sells products they believe in. They have been a huge supporter of DVO Suspension since the beginning. 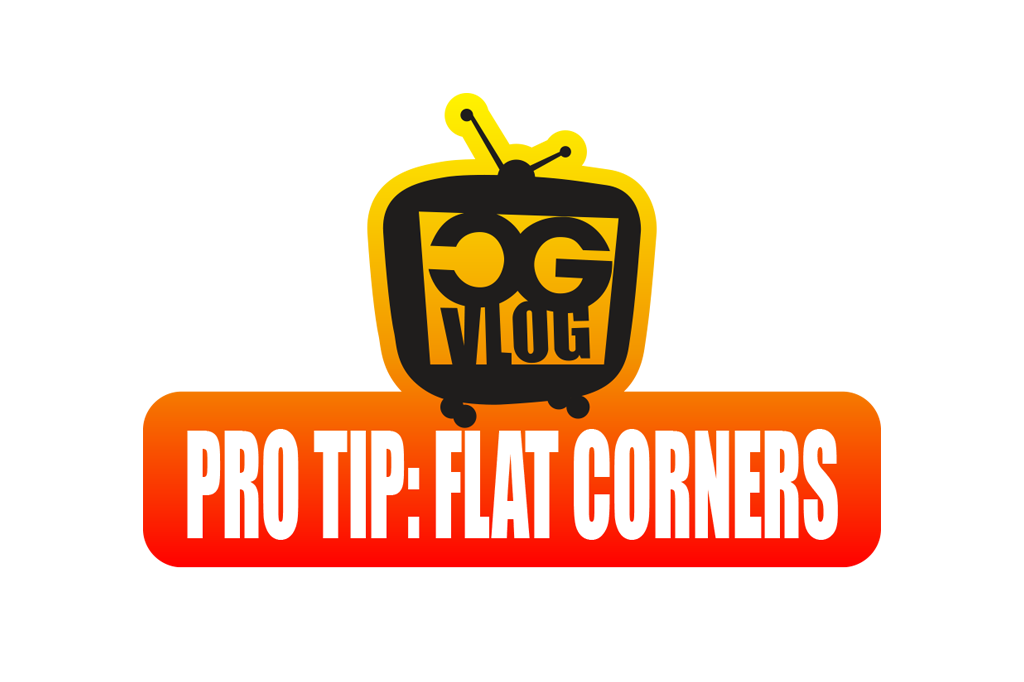 Learn from the best! Follow the advice of the legend Cedric Gracia and you’ll be able to ride flat corners faster than anyone.

Does your ride need a suspension upgrade?

Welcome to the DVO Ultimate Upgrade Contest! Have your pick of any one suspension product we make and give your bike the suspension makeover it deserves.

What do I have to do?

We will pick a winner on Thursday, January 10th. 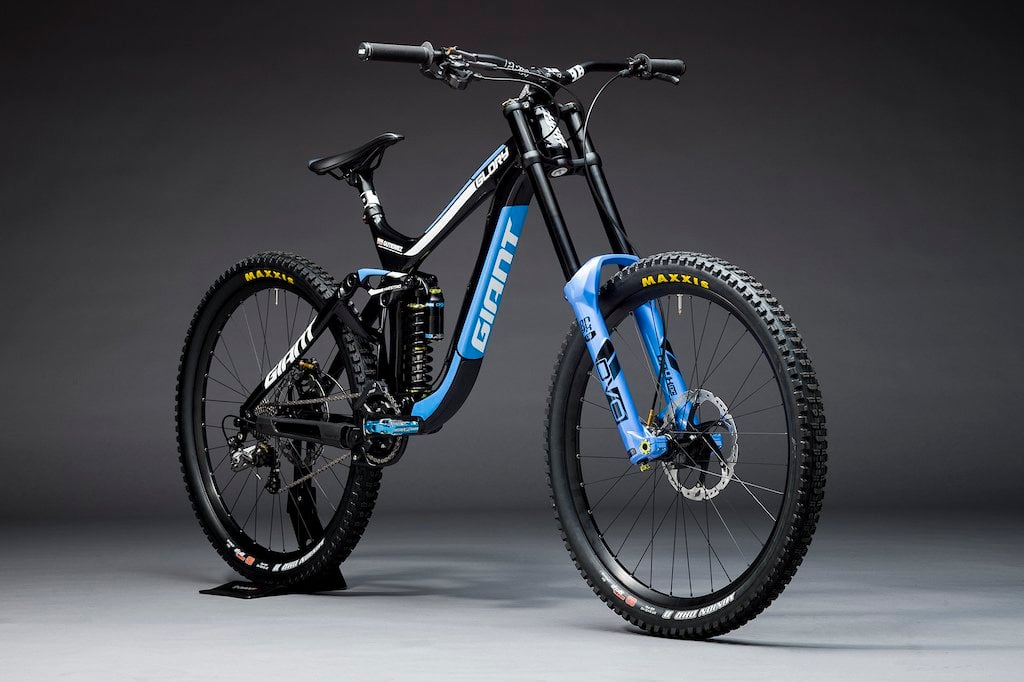 The Giant Factory Off-Road Team announced today that it is partnering with DVO Suspension this year in a joint effort to optimize the performance of the team’s full-suspension downhill, enduro and XC race bikes. All of the team’s Maestro Suspension equipped bikes will feature shock technology created by the California-based suspension company.

“This marks a new phase for the team,” said Giant Factory Off-Road Team manager Joe Staub. “DVO is bringing an entire suspension brand to support our team. That means we get unlimited access to their full scope of engineering, product development and attention to tuning, as well as race support.”

With the start of the 2018 race season approaching, team riders have begun testing their new bikes and gear, including new suspension setups. After achieving initial suspension setups early in the year, a team camp scheduled for March will give the DH, enduro and XC riders an opportunity to work closely with DVO engineers to fine-tune their suspension systems ahead of key events.

“The relationship we have this year with the Giant Factory Off-Road Team is special because we are really focused 100 percent with Giant and their off-road program,” said DVO founder Bryson Martin. “From XC to enduro to downhill, all we do is focus on the team—making the best suspension for the team guys and specifically for each bike model and segment”

Martin said DVO will be creating and tuning shock technologies for specific usages, and the unique demands of pro racing. “For enduro, we’ll have a rear shock and matching front fork,” he said. “In downhill, where you’re pushing things to the extreme, we have some really cool, outside-the-box product planned for those guys.”

Returning to lead the downhill unit this year is seven-time Colombian downhill national champion Marcelo Gutierrez. Competing at the top level in the World Cup and other elite DH events where bike performance is critical, and where results come down to fractions of a second, Gutierrez said he is looking forward to working with DVO.

“It’s great knowing they are going to be really focused on us,” said Gutierrez. “They have the engineering experience, and we have the riding and racing experience. Together, we should be able to create some amazing bikes.”

The downhill unit of the squad consists of Gutierrez, Irish national champion Jacob Dickson and American Eliot Jackson. Those three will focus on World Cups and other major DH events on their Glory Advanced race bikes. The downhill squad is coming off a strong season that saw Gutierrez land two World Cup podiums and win the Garbanzo DH event at Crankworx Whistler for the fifth year in a row.

“The product they’re providing us already, straight out of the box, is phenomenal,” said Carlson. “The amount of adjustment, the feeling, it’s something that I’ve always been searching for since I’d come to mountain bikes from motocross a few years ago. I’m really excited to see the final outcome and it gives me more confidence heading into 2018.”

“Each racer is different,” Martin said. “What they want from the suspension and how it relates to the bikes varies. There’s a lot of stuff going on with the bike design. You’ve got the kinematics and wheel base and then the individual aspect of the rider, how they ride, their position on the bike. So we’re going to be able to specifically dial in exactly the feel of the bike with regards to the suspension and make them go faster.” 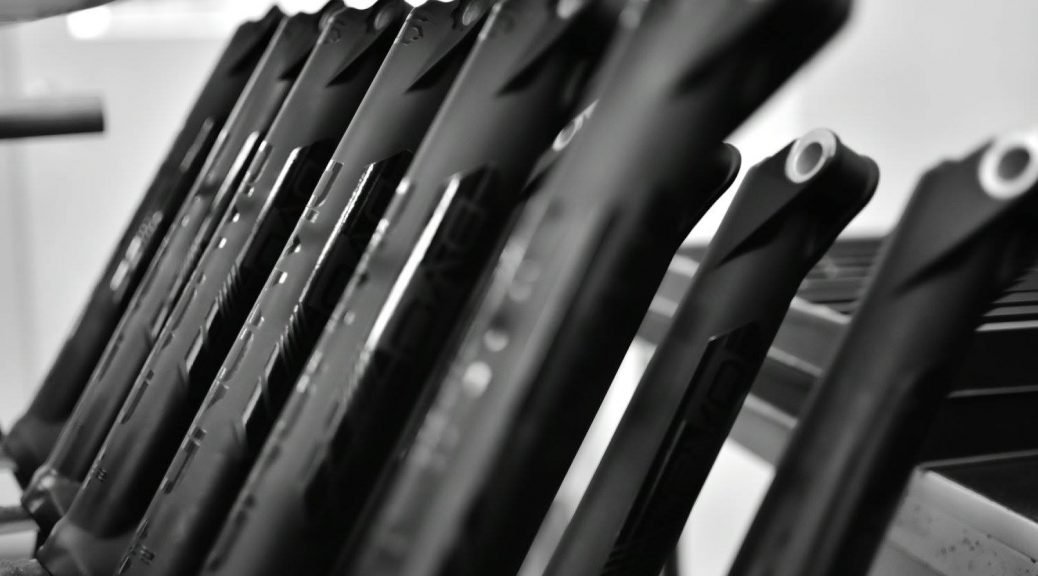 Congratulations on the purchase of your new DVO Diamond! The Diamond is a high performance, tuner friendly fork, that will change the way you ride. The first thing to do is learn the fundamentals of your fork so you can get it set up perfectly for you. Below is a breakdown of the features, adjustments, and settings you can adjust on your fork. Hopefully this will give you a better understanding of your product and give you the best experience possible!

To start things off, here’s a run-down of all the adjustments of your fork.

These are the main tuning features of your fork. We’re going to breakdown each one individually to give you a perfect understanding of each adjustment.

Setting the air pressure in the DVO Diamond is setting the spring rate for your fork. This is what is going to make the fork firmer or softer. Below is a base setting chart for air pressure to get you started.

Off the Top “OTT”

The Off the Top feature is located at the bottom of the left fork leg. This is one of the coolest features of the fork. This feature allows you to fine tune the small bump sensitivity of your fork without affecting the mid or end stroke. For example, if you love the way your fork feels deep in the travel, but you can’t seem to get the small bump sensitivity and traction off the top, this allows you to properly fix that.

So how do I adjust the OTT? The OTT is a simple adjustment located at the bottom of the left fork leg. It uses a 5mm allen key and spins in clock-wise or counter-clockwise rotations. We recommend doing 2 full 360 degree rotations every time you make an adjustment. Remember, if you lower your air pressure, reduce your OTT  (counter clockwise). If you raise your air pressure, increase the OTT (clockwise).

The rebound adjustment is located at the bottom of the right fork leg.

The Diamond comes with a “Quick Range” low speed compression adjuster that has 6 clicks of adjustment. Setting “1” is wide open and recommended when descending or riding on technical terrain. When you are climbing, you can switch the LSC to “6” to give you the firmest setting and best pedaling platform. Don’t forget to change this back when you start to descend!

Low speed compressions controls the slower vertical movements such as climbing or slower paced trails and bumpy whoop sections. A good example of low speed is rolling slowly over a large rock and riding to its downside, this is where the suspension will fully compress but at a slower rate and low speed compression circuit comes into play.  LSC refers to the shaft speed of the suspension and not the actual riding speed. LS compression is best controlled through a low speed oil circuit and or shim stack. HIGH SPEED COMPRESSION
High Speed Compression controls the damping force under faster suspension movements regardless of the rider’s speed. HSC comes into effect on fast, rough, technical trails, g-outs and hard landings. If you find yourself easily going through the travel then 1st make sure your sag is correct then adjust your HSC accordingly.

Hopefully this has left you with a better understanding of all the features and adjustments on your new DVO Diamond. For more information click HERE for the individual set-up pages. 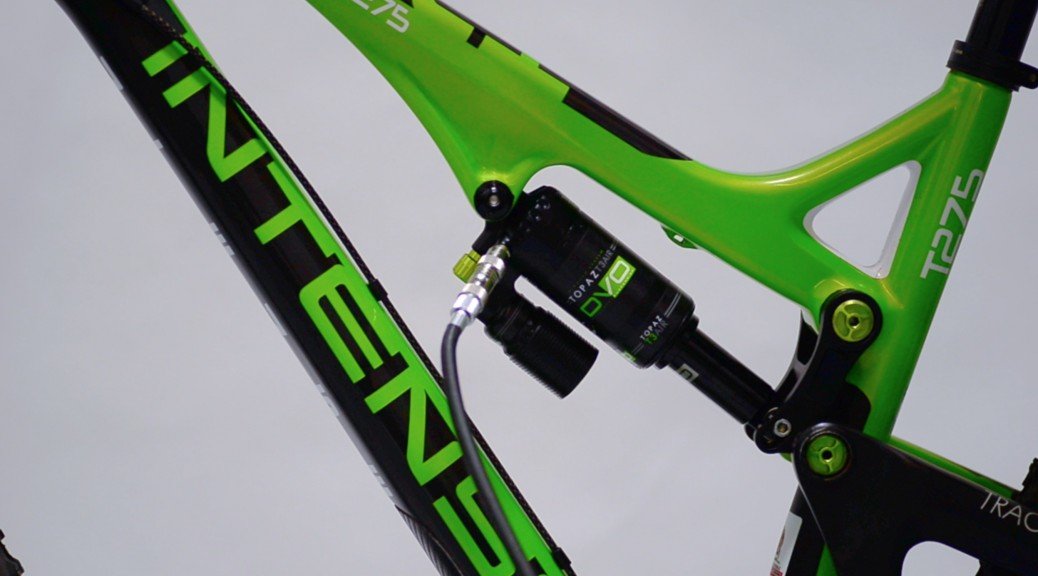 Why do I need to equalize the pressure when airing up my shock?

What do the positive and negative chambers do?

The negative chamber is responsible for counteracting the forces of the positive air pressure. This is your beginning stroke. The Positive pressure is your air spring. This controls your mid-stroke and bottom out. In the Topaz, the two chambers work together to create a seamless transition throughout the stroke.